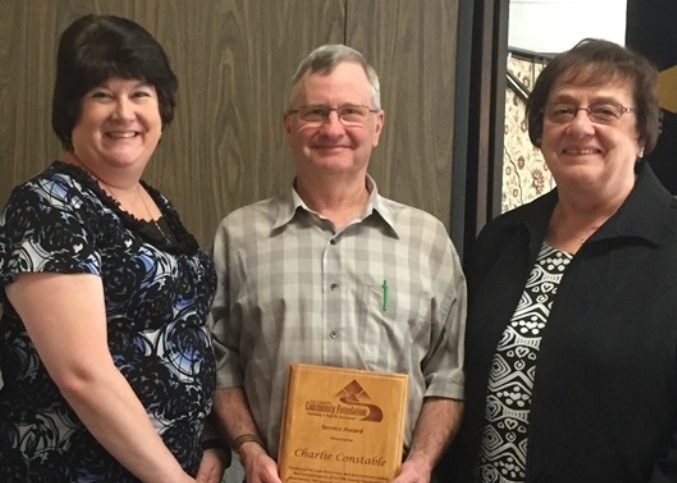 Charlie Constable, in the center, was recently presented a plaque by representative from the Elk County Community Foundation for his dedicated service. He had been on the Board of Directors and served in many leadership roles for over 15 years. Charlie also played an active role on the advisory committee as they explored the initial founding of Community Foundation. Charlie decided to step down from his position on the board so that a new representative of the Johnsonburg Area could replace him. Charlie assured the group that he will continue to support the Foundation and serve if needed. Judy Allegretto, left, will be taking Charlie’s seat on the board as a Johnsonburg representative. Judy is the Guidance Counselor at Johnsonburg Area High School and currently works with the Foundation to administers scholarships to local students. Also, the Caribardi Scholarship Fund was established at the time of Judy’s mothers passing and she has been an enthusiast of the Foundation for many years. Barb Duffy, on the right, a six-year board member also representing Johnsonburg, was on hand to thank Charlie for his guidance and service.