Scholarship categories are listed below. The color-coded icons below make it easy to scan the page to find scholarships of a particular interest.

Click here to view all scholarships in McKean County

A selection committee from the Austin School District created the Austin Education Foundation Scholarship, made up of local Austin High School Alumni, in hopes of helping their students in their post-secondary education dreams.

Charles McClosky was a resident of Austin, PA for the majority of his life and before his passing away he stated that he would like to give back to the community in means of a scholarship. Through his estate plans a scholarship has been established for any graduate from the Austin Area High School. Applicants who have been active in their school and/or community, who demonstrates financial need and who has been accepted into a 4‐year post‐ secondary institution will be considered

Dr. Inez Stewart Bull was a woman of many interests and talents. Chief among her passions were music, music education and Norwegian-American relations, revolving primarily around her distant cousin, the world-famous violinist Ole Bull.

Dr. Inez Stewart Bull was a woman of many interests and talents. Chief among her passions were music, music education and Norwegian-American relations, revolving primarily around her distant cousin, the world-famous violinist Ole Bull. 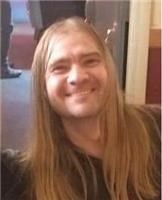 Gilbert J. “Gibby” Buerk was a graduate of SMAHS and was employed by St. Marys Ambulance. He was an EMT and had recently earned his certification as a paramedic. Gibby was a hard worker and an old soul at heart. His hand was always extended in a bid of friendship and helpfulness. His legacy will long live on in the many friends he had, and the kindness he showed to so many throughout his life.

Amount: To be determined

Category: EMT or Paramedic or other related field 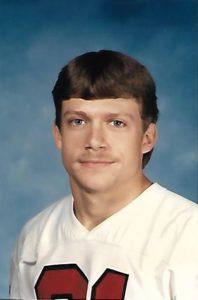 The Blair Hornung Scholarship has been awarded to honor Blair who was tragically killed in an automobile accident shortly after his high school graduation in 1989. Although a serious injury shortened his football career and deprived him of an opportunity to play in the Big 30 All-Star Game, everyone knew of his talent. In track that spring he was the District 9 Class AA champion in the 100-and 200-meter dashes for the season. 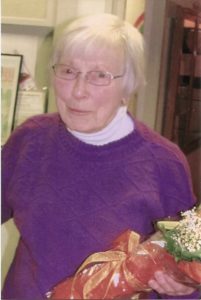 This scholarship is in memory of Gladys Schultz. Although born in Milwaukee, Wisconsin, she married Arthur Schultz and they made Emporium their home. During her residency in Emporium, she worked in the finance department of Sylvania. Gladys was an accomplished pianist/organist and shared her talents and love of music at many local events. She was the organist for Emmanuel Episcopal Church for over 50 years, piano accompanist for the Singing Dutchmen Men’s Chorus for over 45 years and was an accompanist for the Emporium Community Chorus for many years. Gladys died at the prime of her life- at the age of 94. Despite her age, she still continued to be very active in her community.

Rob Martini was an employee of Owen Illinois and passed away suddenly. He was an avid outdoorsmen and a very giving person. His colleagues had great respect for him and created this scholarship to honor his memory. For many years his friends and family held a golf tournament to help support this scholarship that is given in both Brockway where he worked and DuBois where he lived. 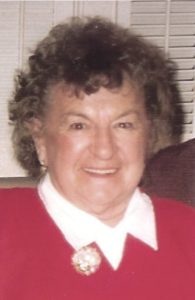 Ruth Reed had the opportunity during World War II to attend nursing school through the Cadet Nursing Corps; she went to Temple University in Philadelphia and received her RN in 1947. She worked as a ward supervisor at Temple University Hospital until moving to Ridgway after her marriage to pharmacist C. William Reed. She worked at Elk County General Hospital from 1955 until retiring in 1993, serving in various departments including the Psychiatric Department. She expanded her skills through conferences and through continuing education and encouraged others to continue their education. It is for this reason that her husband and children wanted to honor her with this scholarship in her name.