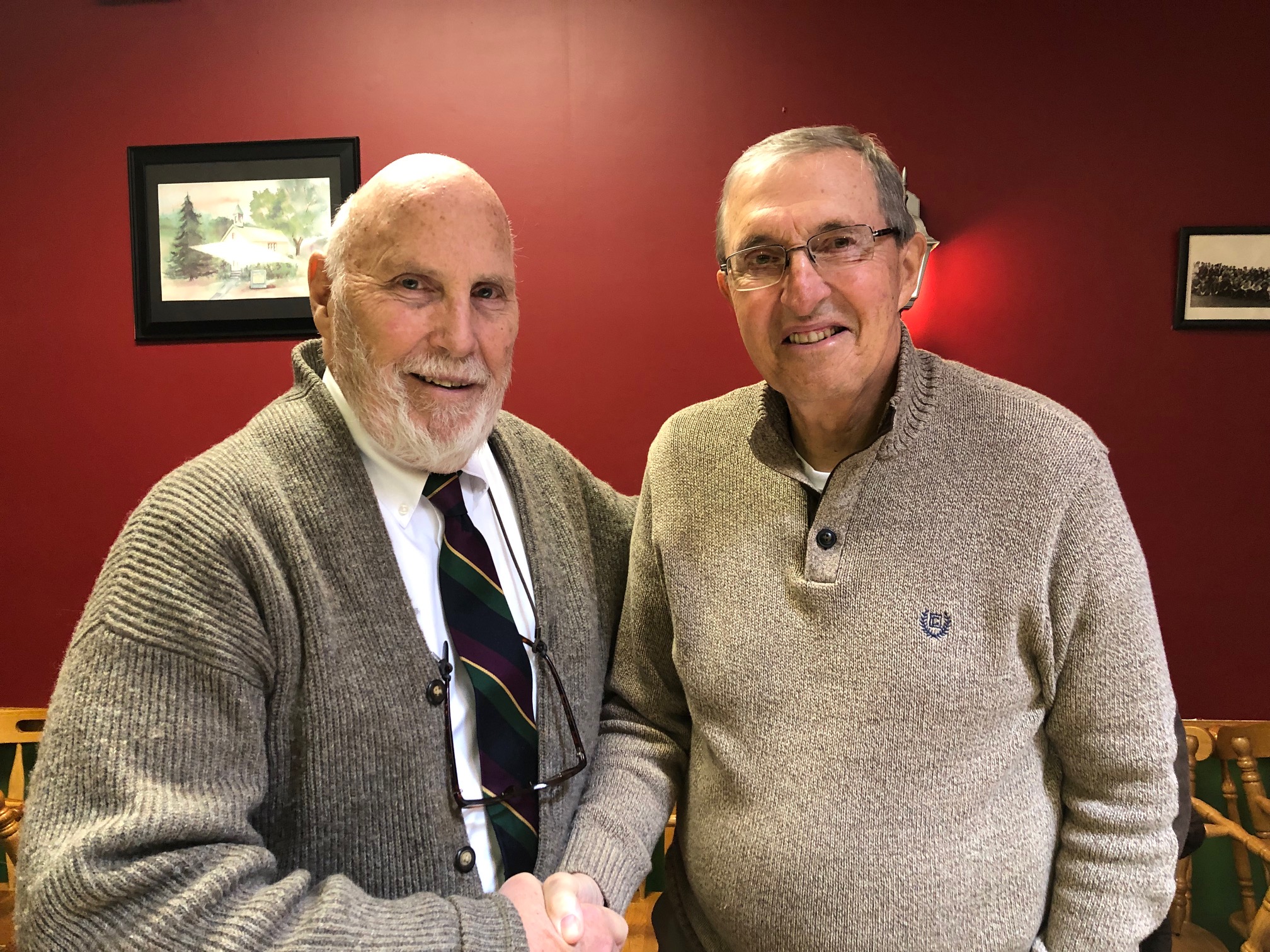 At the November Board of Directors meeting of the Elk County Community Foundation Attorney Jake Meyer and Dr. Bill Conrad, retiring Stackpole-Hall Foundation Executive Director, were awarded Emeritus Status in recognition of their visionary leadership in the establishment and growth of the Foundation.

More than 20 years ago, Jake and Bill discussed the possibility of establishing a community foundation in Elk County. They were aware of successful area individuals who could be philanthropists while at the same time Stackpole Hall Foundation was being inundated with requests from community non-profits.

Jake and Bill were joined by Stackpole Hall Board Members Doug Dobson and Ham Johnson and other community leaders to lay the foundation for a Community Foundation.  A Steering Committee was formed which included geographic representatives, influential leaders, legal and financial experts, civic leaders, entrepreneurs, and people who knew the community well.

On March 1, 1999, Attorney Richard A. Masson, the Community Foundation’s first chairman, led the initial Steering Committee meeting and charged the group to move forward with a feasibility study by forming three committees:

Attorney Jake Meyer was charged with examining the organizational legal structure, how a Board might be elected and how the Foundation might be administered leading his committee of Ham Johnson, Judith Manno Stager and 5 others.

Doug Dobson chaired his committee of Don Valone, Bud Brazinski, Dick Wolfe and 7 others to analyze the feasibility of creating a $5MM foundation in the next 5 to 10 years.

Bill Conrad and his committee investigated whether or not Elk County should affiliate with an existing community foundation and whether to include other contiguous counties.   His committee consisted of Don Fleming, John Fernan, Bea Terbovich and Sam Guaglianone.

Soon, by-laws were written and legalities were in place under the diligence and expertise of Jake Meyer. The first Board of Directors was selected and the Elk County Community Foundation was established.

Doug Dobson’s group and the Board began to realize their goal with the Stackpole Hall Foundation contributing start up money to hire an executive director, rent an office and begin educating the community.

After evaluating the structure and pros and cons about the feasibility of joining another community foundation, the committee under Bill Conrad’s leadership and the Board eventually established the Elk County Community Foundation without limiting expansion.