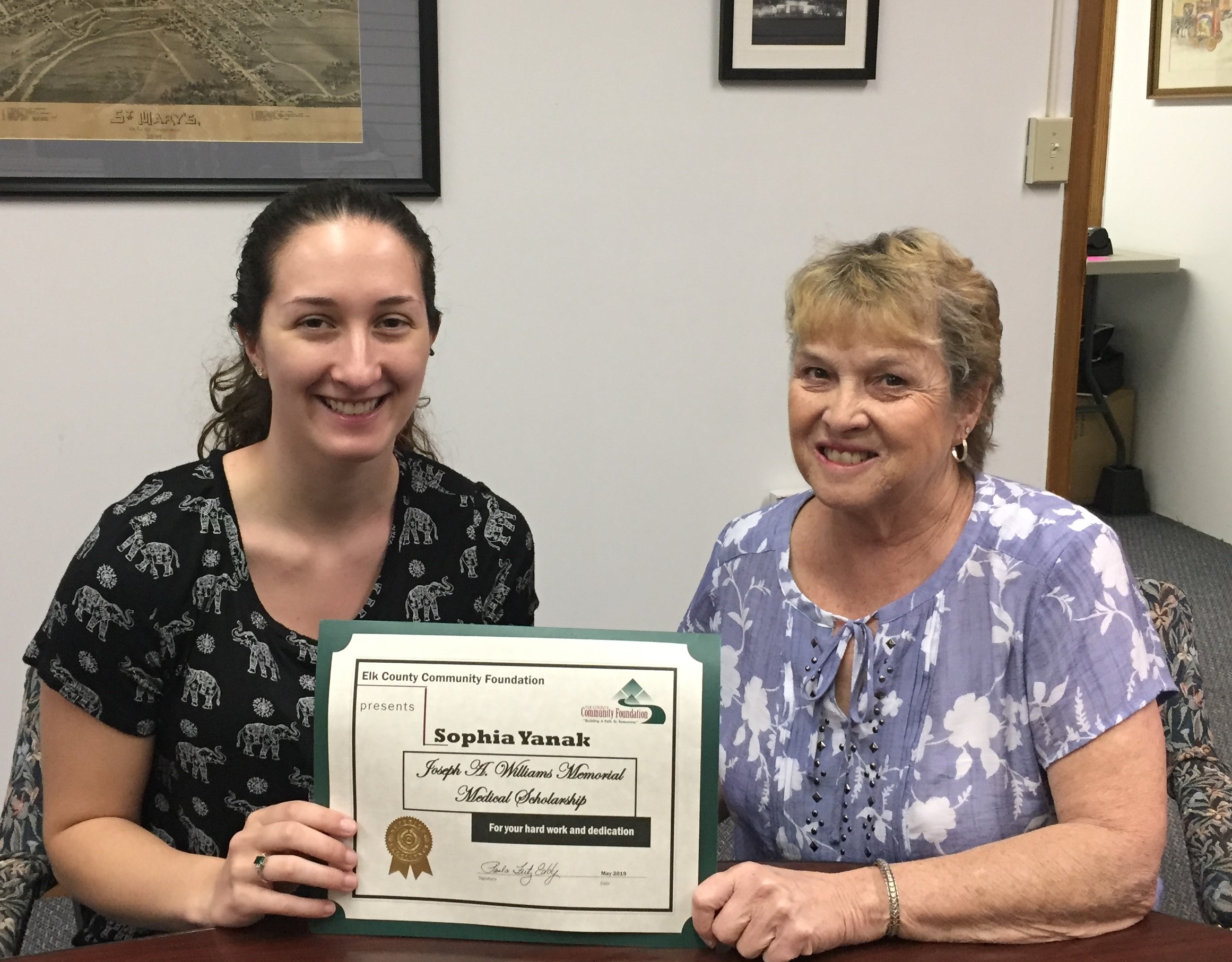 Recently, the Joseph A. Williams Medical Scholarship for $4000 was awarded to Sophia Yanak of Weedville, by the Elk County Community Foundation. Sophia is attending Lake Erie College of Osteopathic Medicine (LECOM).

In his estate plans Joseph A. Williams (1876-1979) was interested in the education of local students pursuing a medical degree and established this scholarship.     Mr. Williams was a very hard and dedicated worker who was employed by the Kaul and Hall lumber company for over 67 years.  He later became president of various lumber and clay industries.  Mr. Williams was president of Eastern Clay Products, which comprised all clay products industries east of the Mississippi River.  As one of the founders of the Industrial Council of St. Marys, Joseph Williams was always interested in civic matters.  He held leadership positions with the American Red Cross; United Fund; Andrew Kaul Memorial Hospital and the Historical Society of St. Marys and Benzinger Township.

The Community Foundation currently administers approximately 112 scholarship funds and if you are interested in establishing a scholarship fund please contact the Foundation at 814-834-2125 or check out their website at www.elkcountyfoundation.org.